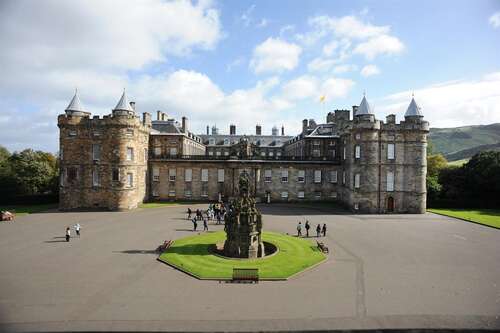 Visit The Palace of Holyroodhouse, Her Majesty The Queen's official residence in Scotland. Standing at the end of Edinburgh's historic Royal Mile, this fine palace is the home of Scottish royal history.At the Palace of Holyroodhouse, visitors can explore 14 magnificent historic and State Apartments, the romantic ruins of the 12th-century Holyrood Abbey and remarkable royal gardens, all with a complimentary audio tour. Best known as the home of Mary, Queen of Scots, the Palace was the setting for many dramatic episodes in her short reign. Today, the State Apartments are used regularly by The Queen for State ceremonies and official entertaining.The Queen's Gallery at the Palace of Holyroodhouse hosts a programme of changing exhibitions from the Royal Collection. 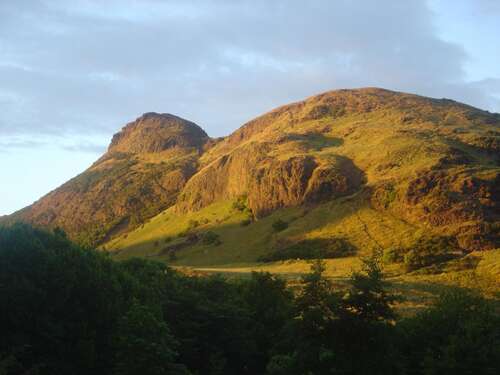 Holyrood Park is a short walk from Edinburghâ€™s Royal Mile in the heart of the city. It is a 640 acre Royal Park adjacent to Holyrood Palace.The parks highest point is Arthurs Seat, an ancient volcano, and sits 251m above sea level giving excellent view of the city;it is also the site of a large and well preserved fort.This is one of four hill forts dating from around 2000 years ago.With its diverse range of flora and geology it is also site of Special Scientific Interest.Within the park you can also visit St Anthonyâ€™s Chapel - a 15th century medieval chapel, Salisbury Crags â€“ a series of 150 foot cliff faces dominating Edinburghâ€™s skyline as well as Duddingston Loch â€“ a fresh water loch rich in birdlife. 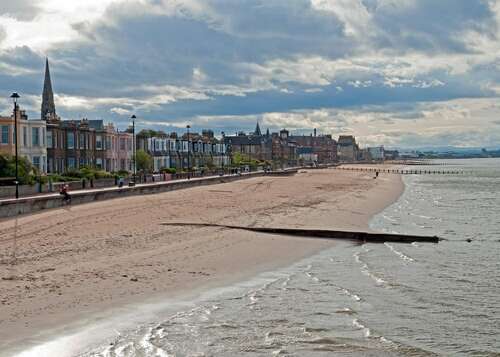 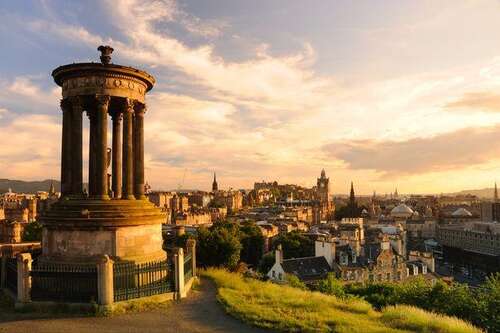 Calton Hill is one of Edinburgh's main hills, set right in the city centre. It is unmistakable with its Athenian acropolis poking above the skyline.The acropolis is in fact an unfinished monument - originally called the "National Monument". Initiated in 1816, a year after Napoleon's defeat at Waterloo, it was meant to be a replica of the Parthenon in Athens, as a memorial to those who had died in the Napoleonic Wars.Building began in 1822, but funds ran dry and celebrated Edinburgh architect William Playfair only saw a facade of his building completed. It was dubbed "Edinburgh's shame", but it's now a popular landmark and it's a lot of fun crawling up and down its giant steps. Plans since to complete the building never really get much support.The top of Calton hill is a usually quiet place to come on any day, with its grassy slopes and panoramic views of the city, including down the length of Princes street (the main shopping thoroughfare) and Edinburgh Castle. There is a good view North of the ruddy-coloured cliffs of Salisbury Crags, Arthur's Seat, and the undulating slopes of Holyrood Park.Calton Hill is easily accessed. It takes about five minutes to get to the top of the hill from a staircase at Regent Road on the South side, Royal Terrace on the North side, or you can drive up and park. There is a path right round the edge of the hill and a jumble of historic buildings and structures on top including, for star gazers, an observatory. In fact, there are two observatories on Calton Hill:the Old Observatory House, designed by New Town architect James Craig in 1792;and the City Observatory, built in 1818, which has exhibitions and viewings of the night sky.Also of interest is Nelson's Monument (the British admiral who led his fleet to victory at Trafalgar in 1805), which has a famous timeball mechanism by which ships used to set their chronometres. 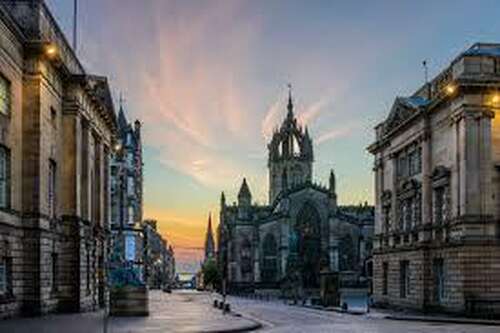 The Royal Mile runs through the heart of Edinburghâ€™s Old Town, connecting the magnificent Edinburgh Castle, perched high on a base of volcanic rock, with the splendorous Palace of Holyroodhouse, resting in the shadow of Arthur's Seat. The Mile is overlooked by impressive, towering tenements, between which cobbled closes and narrow stairways interlock to create a secret underground world.

A majestic landmark which dominates the capital city's skyline just as it has dominated Scotland's long and colourful history. Edinburgh Castle is the best known and most visited of Historic Scotland's buildings. Perched on an extinct volcano and offering stunning views, this instantly recognisable fortress is a powerful national symbol, and part of Edinburgh's World Heritage Site. A rich mix of architectural styles reflects the castle's complex history and role as both stronghold and seat of Kings. The tiny St Margaret's Chapel, Edinburgh's oldest building, dates from the 1100s. 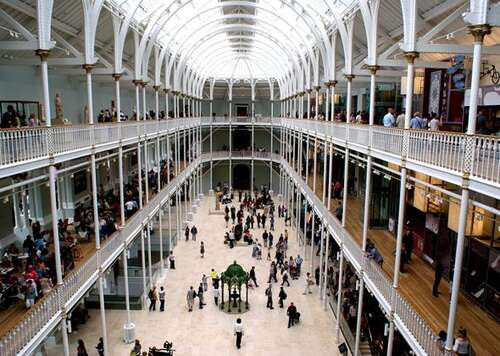 The Museum of Scotland is a striking and impressive achievement, beautifully framed by its surroundings, by Edinburgh's Old and New Towns, and the landscape beyond. From the Museum's roof-top garden visitors will have an unrivalled view of the historical as well as architectural context of the new building. Edinburgh Castle , Greyfriars Kirk, the Scott Monument , the spires and pinnacles of the city, the sea, and the hills beyond interact with the new museum, reinforcing its role as a central point in the nation's heritage, a protector of Scotland 's treasures. In 1991 architects Benson + Forsyth were selected as winners of the architectural competition to design the new Museum of Scotland . 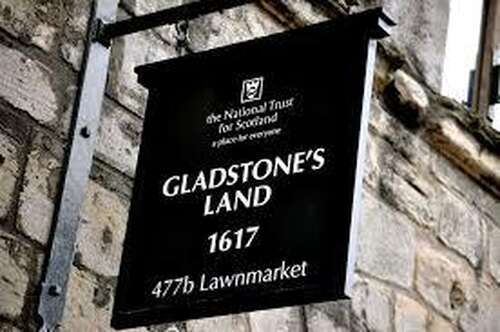 This is an example of an early high-rise which housed diverse social classes. The merchant and his family would have lived in two of the apartments while the others would have been rented to another merchant, a minister, a knight and a guild officer.Gladstone's Land provides a unique opportunity to experience how people lived and worked in Edinburgh's Old Town over 300 years ago. The merchant's home features a remarkable painted ceiling, wall decoration, fine furnishings and a fascinating kitchen. On the ground floor, shop booths have been recreated in their original setting, complete with merchandise.

The Georgian House is part of Robert Adam's masterpiece of urban design, Charlotte Square. It dates from 1796, when those who could afford it began to escape from the cramped, squalid conditions of Edinburgh's Old Town to settle in the fashionable New Town. The first owner, John Lamont, 18th Chief of the Clan Lamont, lived here with his family until 1815. The house's collections of beautiful china, shining silver, paintings and furniture all reflect the domestic surroundings and social conditions of the times. In the audio-visual room, video programmes describe the history of the New Town and in more dramatic form A Day in the Life of The Georgian House. 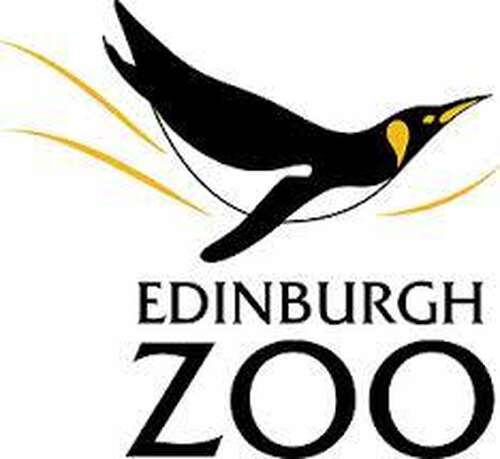 Welcome to Edinburgh Zoo, the largest and most exciting wildlife attraction in Scotland, commited to the highest standards of animal welfare, conservation and environmental education. In just one day, you can meet over 1,000 wonderful animals, in our beautiful parkland setting on the outskirts of Edinburgh.And you can also enjoy a wide range of visitor facilities, from free Hilltop Safari rides to the top of the hill, children's play areas, restaurants, gift shops and masses of events and activities throughout the year. We want you to have a fantastic day out, so please choose from any of the options above to help you plan your visit.